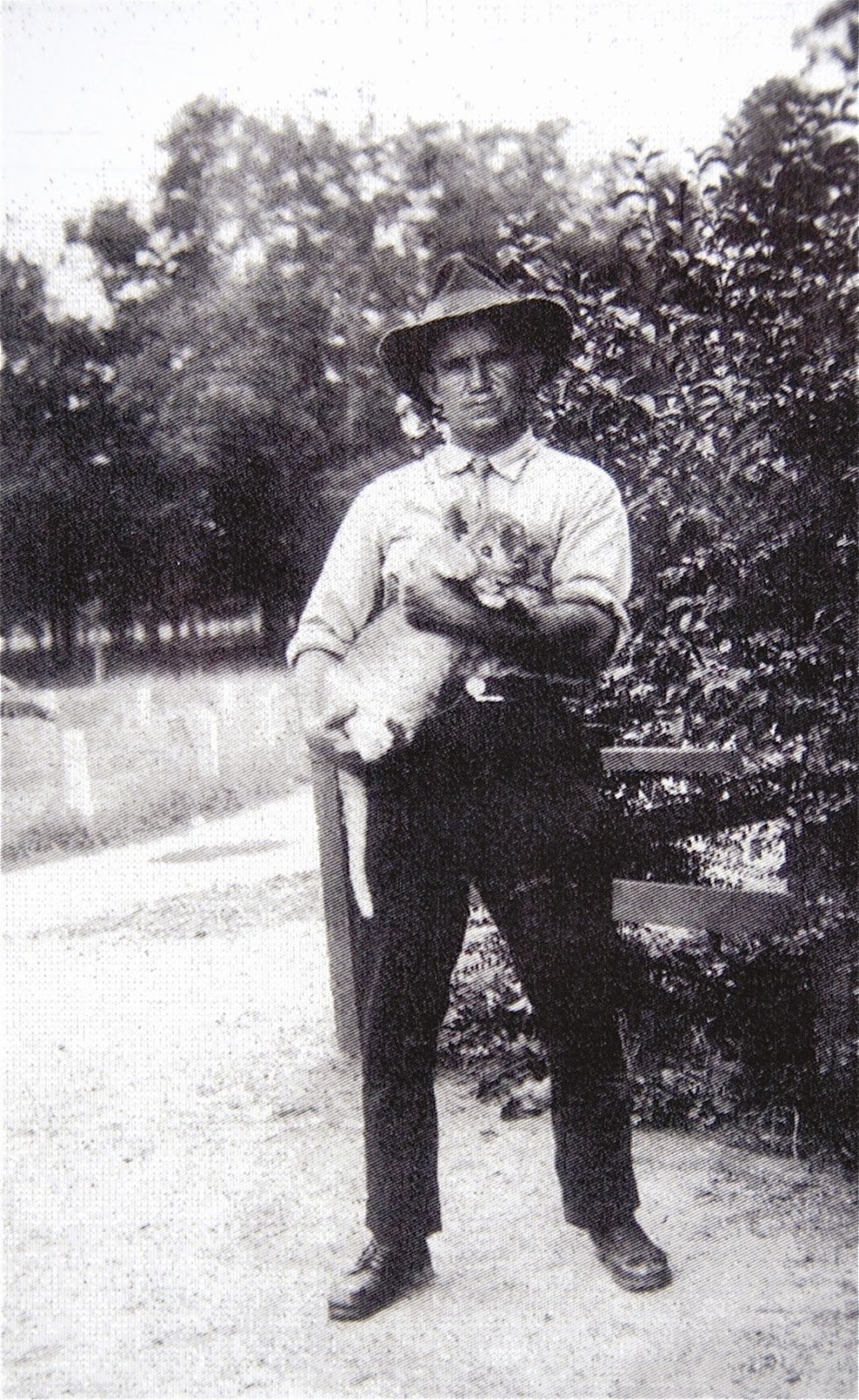 Ever since I wrote the blog post on the phantom lioness of the Cincinnati Zoo, I've been intrigued with the idea of haunted zoos.   You wouldn't believe how many zoos throughout the United States have ghost stories attached to them, but none seem as mysterious as the haunting of the Houston Zoo.

The Houston Zoo is located on the grounds of Hermann Park, and has been at this location since 1922 after the need for a larger facility to house additional animals was decided upon.  With this new location came a new employee:  Hans Nagel.  It is believed that Nagel was born in Germany in 1892.  As the son of a military officer, he was sent at a young age to Officer Training School.  However, the military life was not in the cards for Nagel; he went AWOL and literally jumped off a ship, only to be rescued by an animal collector working with Hagenback Gardens.  Nagel had found his calling and quickly learned the animal training trade.

His journey to America and specifically to Texas is a shady one, but the important this is, he made it and was quickly given employment with the Houston Zoo.  Nagel was a showman; his lion-taming feats, among other amazing shows, were constantly featured in newsreels and publications of the day, bringing in numerous guests to the now-thriving zoo.

Before long, Nagel was made head keeper/director of the facility, and it was a job he took very seriously.  He was known to patrol the grounds of the zoo with his 9mm Luger pistol, keeping it safe from intruders...and the occasional rogue animal.  The city of Houston once awarded Nagel a gold medal for shooting to death a Bengal tiger that was attacking one of the zoo officials.  The city also awarded Nagel a commissions as a special police for the zoo.

That distinction was pulled from Nagel in 1929 by Mayor Walter Monteith on the recommendation of the City Park Commission over issues that Nagel was abusing his authority.  But, a lack of title wasn't going to stop Nagel from protecting his beloved zoo.  Unfortunately, six bullets would.

On a Monday afternoon in November of 1941, a police officer patrolling the area of the zoo noticed Nagel hiding in some bushes, spying on a car of teenagers.  The officer asked the teens if they knew they were being watched, which was an obvious 'no.'  The officer then attempted to handcuff Nagel and bring him to the station to discuss the matter of jurisdiction.  At this point, things get a little sketchy.  Nagel apparently resisted arrest, and the officer claims he went for that famous Luger pistol he always kept at his side.  Before he could reach the pistol, the officer shot Nagel six times, killing him.  The officer was acquitted on the grounds of self-defense.

Those six bullets may have stopped Nagel's body, but even they couldn't stop his spirit.  Many believe he is still keeping a watchful eye over his zoo.  Unexplained occurrences have been noted in the Denton A. Cooley Animal Hospital, but the majority of ghostly activity is associated with the Commissary building.  The Commissary is where all the food for the animals is stored and prepared.  Staff reporting to work in the building between 5 and 6 am have reported hearing voices and seeing the shadowy figure of a man walking around.  The ghost stories are such an integral part of the zoo's history that they are extensively covered in the zoo's official blog.  Further, amateur ghost hunters on staff at the zoo routinely take turns spending the night in the building in hopes of collecting evidence of Nagel's presence.  So far, a couple of really good EVPs have been caught (which can be heard on the link below) but I personally think they sound like a woman's voice.

But why would Hans choose the haunt the Commissary, a building that wasn't even built at the time of his death?  Zoo staff believe they have solved that mystery; according to police reports, Nagel was shot "about 300 feet from the Outer Belt Road and on a gravel road leading West to East."  When they compared old maps of the zoo, they found that this area coincides with the current location of the Commissary building.