Day 18 of the August Blog Challenge is upon us, and today's challenge is to write about a video that I love, that inspires, and/or that teaches!   The first thing that popped into mind was a YouTube series by a "super hero" that goes by the name of Captain Disillusion.  As described on his website:


In a world where the content of digital images and videos can no longer be taken at face value, an unlikely hero fights for the acceptance of truth.

Captain Disillusion guides "children" of all ages through the maze of visual fakery to the open spaces of reality and peace of mind. 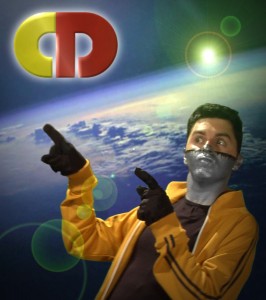 I chose to highlight this particular video because even though he's pretty crass and rude to the reporter involved, its news stories like this that further lead to the devolution of the paranormal field.  Shoddy and sensational journalism highlighting the ignorance of the general population on paranormal matters at its best is illustrated beautifully.  Oh, and this case took place in Ohio, so I thought it related nicely!

Captain Disillusion's video series is always an inspiration.  Humor infused with science allows for an easy understanding of certain concepts, many of which aren't as simple as a bug on a camera casing.  If you get a few minutes, check out the plethora of Captain Disillusion videos on YouTube.  Many videos have a paranormal (mostly ghostly) theme, but other topics are discussed as well.