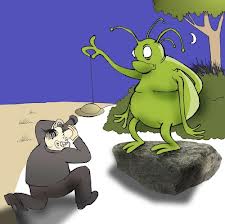 It's Day 4 of the official blog challenge and okay...I'm TECHNICALLY a little late since its actually 2:30am of Day 5.  You'll forgive me, right?  Anyway, today's challenge is to write about something I did that didn't have the desired results...and what I would do differently, given the chance.  Well, there's a LOT of things I've done (or rather, didn't do in some cases) both in my personal life and with my paranormal studies that didn't work out.  Many times, its because I let fear, laziness, or some other character flaw stand in my way.

You might remember sometime last year when I had my mind made up that I was going to undertake the study of UFOs to satisfy my own curiosity and add another dimension (no pun intended) to my work in the paranormal field.  My ultimate goal was to even become a MUFON representative!  Well, I didn't get too far past reading a couple of books on the subject and taking half a course on UFOlogy.  And now, I REALLY wish I had because for two straight days, I have witnessed something I seriously cannot explain!

It all started Sunday night.

I couldn't sleep so I went for a drive and ended up in Nitro.  I was driving back home to Winfield via Route 2 through Poca, Bancroft, etc.  I love this windy river road because it takes the driver past all these tiny little towns that have such a colorful coal camp history that one really doesn't expect to find in this area of the state.  It's a beautiful drive and I often find myself staring up at the sky.

Off in the distance I had noticed a very big, very bright blinking white light which from my perspective, seemed to be right over the Kanawha River.  I assumed it was one of those lights they mount atop poles to alert aircraft that there's a huge mountain right there, lol...which seemed to make sense because there are several in the area.  At one point, the light seemed to be joined by ANOTHER smaller light, and it looked like they were blinking at each other, as if communicating.  I passed by an area that has a lot of deer, so I took my eyes off the road for awhile, and when I went to look back, I couldn't find the light.  I was interested, but the skeptic in me said that it was nothing to note.

And then came Monday evening...

Several members of HPIR were invited to give a short lecture to the LeSage Lions' Club.  On my way into Huntington, I noticed a really neat advertising balloon in the shape of a zeppelin, tethered to a string near Milton.  Therefore, when I was coming BACK down I-64 eastbound, I really tried to rationalize that perhaps my little balloon was lighted.  Here's why:

About 8:45pm or so, I was just coming through the area between the 29th St. exit and Barboursville.  The sun was setting fast, but it was still fairly light out.  I was once again looking up at the wide open sky when a huge, bright white light seemingly blinked on.  Its not like this like came out from behind a cloud or behind a tree in my line of sight; it literally just blinked on in the middle of a wide open area.  And it was BRIGHT.  It didn't appear to be moving, or if it did, it was going super slow.  I kept getting closer and closer to it, yet I couldn't really make out anything other than it LOOKED fairly low in the sky and it looked like there were possibly two large lights, almost in a binocular pattern.  This thing didn't blink, it made no noise, and it seemed too far away to be from the airport in Ona or my little advertising balloon.  I nearly wrecked as I tried to stare up at this thing and get any information possible.  I ended up driving right underneath and past it, and soon after lost sight of it in my rearview mirror.

As soon as I got home, I popped on the computer and instant messaged another member who was driving behind me on her way home to Milton.  I asked if she had seen the light, which much to my delight, she had!  Not only that, she described it the exact same way I did and was as stumped as I was as to what exactly it was.

I honestly don't know what it is I saw.  Was it an aircraft, military or civilian?  Was it a hang glider turning on the lights to his craft?  Was it Venus?  Or was it something out of this world?  I don't have the answer, but I wish I did and luckily its not too late to go back and make some changes to that plan that just didn't work out the way I wanted it to!

I'm not sure what I will or can do differently other than making myself do the reading, contacting the proper people, and finding some classes/training, both in UFOlogy and in astronomy and related fields.  I feel like these two back to back sightings were a sign that I need to make an effort into finding the truth, not just for myself, but for anyone else who might need help seeking answers.  I also think a big step I'd do differently is to try another venue other than the exclusive (and expensive) MUFON.  There's actually a local group of UFO researchers that I will definitely be contacting.  Advice is most welcome!

Want to read about more of Theresa's UFO experiences?
A Milton UFO
Lights and Lizards Over Beckley