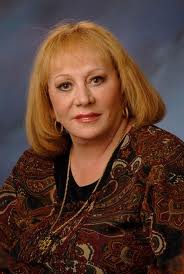 Years after the website Stop Sylvia Browne was created, the famous "psychic" has struck again with a prediction so wrong that not only has it torn apart the lives of those it affected, but has taken its place within mainstream media.

Amanda Berry was just 16 years old when she went missing on April 21, 2003 in Cleveland, Ohio.  With no leads and the police believing that she was just a runaway, Berry's mother, Louwanna Miller, refused to give up hope.  In an effort to gain some type of information on her missing daughter, Louwanna appeared on a 2004 episode of The Montel Williams Show.  On most Wednesdays, Montel featured psychic Sylvia Browne, discussing current events and fielding questions from the audience.  When asked about her daughter, Amanda Berry, Louwanna Miller was told the following by Sylvia:

But Amanda Berry WAS alive as this past Monday she was able to escape her captor(s) and with help from good Samaritan, Charles Ramsey, free herself and two other young women also being held in a Cleveland home.  Unfortunately, Louwanna Miller never got to see her daughter again; she passed away in 2006 from what family members called a broken heart.

This isn't the first time that Sylvia Browne has been DEAD WRONG on a prediction...and a prediction that anyone, even those NOT claiming psychic powers, had a 50/50 chance on.  In 2003, Sylvia told the father of another missing child, Shawn Hornbeck, that his son was also dead, and that his body would be found near "two jagged boulders."  Shawn Hornbeck was found, alive and well, in 2007.

Even here in West Virginia, we've had our taste of Sylvia's false predictions.  When the Sago Mine explosion occurred in January of 2006, Sylvia was scheduled to be on the Coast to Coast AM show that evening.  About an hour before Sylvia's appearance, a false news leak out of WV stated that all the miners in that tragedy had been found alive!  This "fact" was backed up by Sylvia Browne who claimed that she knew it all along, and was glad that her prediction had been validated.  However, shortly after her interview started, the correct report was released:  all but one miner was found deceased.  This led to quite a bit of back pedaling.

To play Devil's Advocate for just a minute...

I can't say that I have any psychic ability, but I've studied it and talked extensively to people who do claim to have such gifts, and its important to note that this is not something that can be turned on and off with a flip of a switch.  It is also not a gift that is very straight-forward.  Most people with differing degrees of psychic ability will tell you that they receive messages in very different ways, and these ways are largely open to interpretation.

It's possible that Sylvia Browne IS psychic, at least to some degree, but that she's just very, very bad at interpreting the data she receives.  Still, these are three VERY high profile cases in the mainstream media that she couldn't properly predict with a 50/50 chance.  Yet, she charges people $850 for a PHONE READING!  If that isn't capitalizing off of the grief of those suffering unimaginable loss, I don't know what else is.  Shame on you, Sylvia Browne.

UPDATE:  Sylvia has issued a statement on the issue, via her Facebook page, but does not apologize for the grief her prediction caused.  More info can be found at the website below:

The Inquisitr
Posted by TheresaHPIR at 6:23:00 AM