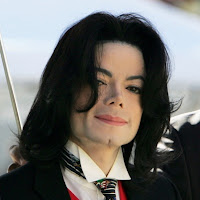 On Monday, Michael Jackson once again was the focus of media attention as the Wrongful Death trial against concert promoter AEG got underway.  Just a day into the trial the defense team is already warning that this trial will be bringing to light some very dark secrets concerning the life of the King of Pop.  So while most of the world's attention is focused on the trial, those in the paranormal community are taking note of ANOTHER Michael Jackson incident in the news...

LaToya Jackson is claiming that Michael Jackson's ghost has returned to the family's childhood home in Encino!

The Jackson's moved into the home in 1969 when the Jackson 5 signed with the Motown record label, and Michael lived there until he bought his Neverland Ranch in the 1980s.  Today, Michael's mother, Katherine, is living in the home with Michael's three children. 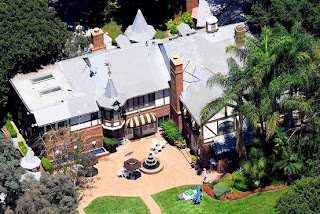 LaToya has claimed on Good Day New York that she and a security guard have both heard Jackson's spirit tap-dancing throughout the same part of the house, namely his former bedroom, where Jackson used to practice such moves two hours each Sunday.  LaToya has also claimed that she feels a presence in the house, and that the family dogs have been known to stand at Michael's former bedroom and bark for no reason.

One can't help but notice how much of a coincidence it is that these claims fall on the eve of such an important trial.  Is Michael really trying to communicate from beyond the grave?

Anyway, with such as big star being taken before his time, this isn't the first time that Michael Jackson's ghost has been reported.  A video shot at the Neverland Ranch for CNN shows a shadowy figure walking in the background.  While skeptics claim that this is a staff member's shadow from an unsecured location, some hardcore fans believe that this figure IS Michael Jackson's ghost.