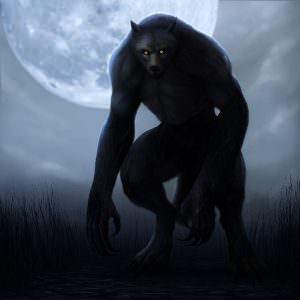 There are several iconic works within the ghost lore of West Virginia.  A Guide to Haunted West Virginia, by Walter Gavenda and Michael T. Shoemaker is one of those works that I have often referred to for information and inspiration in writing this blog.  Within its pages is a short little blurb of a story.  It almost gets lost among the more well-known and established haunts of the Mountain State, but I find it so utterly weird that I have to share it!

The story comes from Vicki Cunningham, who was a manager at the Days Inn in Elkins at the time of the book's publication (2001).  Vicki tells the authors, who stayed at the motel during one of their research trips to the area, quite the strange tale.  It happened one cold, snowy night along CR-151, somewhere between Jimtown and Norton.  Vicki and her husband were driving down this stretch of road rather late that night when they were surprised to see a man out walking.  They were even more surprised when they drove past the man---he turned to look directly at the couple, revealing that he had the face of a dog!

Unfortunately, the story leaves out whether or not it was a full moon when this weird creature was sighted.  Perhaps he didn't need a full moon, though...

Several years ago, I read Linda S. Godfrey's book, Real Wolfmen--True Encounters in Modern America.  Wolfmen or dogmen are similar to a werewolf in some aspects, but very characteristically different in other ways.  These creatures don't appear to be humans who experience a monthly transformation with the phases of the moon.  Rather, they seem to be in a class of creatures all by themselves.  As noted by Godfrey, wolfmen are prevalent in heavily wooded areas, areas near water, and locations of Native American significance, particularly near burial mounds.  I also noticed that the vast majority of encounters occurred on the road.

Based on this criteria, you'd think West Virginia would be CRAWLING with Wolfmen and Dogmen...but tales of such, including classic werewolf sightings, are sorely lacking here.  If you have a dogman, wolfman, or werewolf story you'd like to share, (it doesn't have to be from West Virginia) I'd love to hear it!  You can find me on Facebook at Theresa's Haunted History or email me at theresarhps@yahoo.com.   And...be careful out there!  The next time you see someone walking alongside the road, especially late at night, try to get a good look at them.  You never know what you might see!
Posted by TheresaHPIR at 12:00:00 AM