Okay, so Haunted and Cursed Paintings Week on the blog hasn't gone as planned!  I've not felt well this week and with my boyfriend being out of town for work all week, I've been too busy with my son to really get much accomplished. But, here's another spooky painting to keep the ball rolling!

Shirley Plantation in Charles City, Virginia has a long, long history.  The plantation itself began in 1613 with Edward Hill I, and by 1638, it was a working farm with homestead.  However, in 1723, construction began on the Great House, a brick structure that would replace the old home and become the residence of Edward Hill I's great-granddaughter, Elizabeth.  Elizabeth married Robert Carter and the palatial home was completed by 1738.  Today, the home is still in the Hill-Carter family and is the oldest family owned business in the United States.  It was spared destruction during the Civil War by being turned into a field hospital for both Union and Confederate troops, and many of the deceased soldiers were buried in the plantation's cemetery.

With such a long history, especially one including involvement as a Civil War hospital, you'd expect the house and property to pick up a few ghost stories.  However, contrary to what one may think, the prevalent ghost tale of Shirley Plantation is NOT connected with the Civil War!  Rather, it has to do with a certain painting.

Elizabeth had a sister named Martha Hill (known to the family as Aunt Pratt) who left for England to study.  While there, she met and married a man named Hugh Gifford (also called Griffin or Griffith in various sources). She never came back to the United States to live, and died in England some years later.  Before she left, though, she left a signed portrait of herself in her second story bedroom. 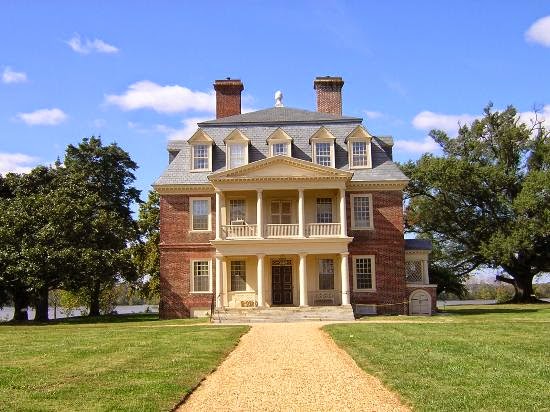 By 1858, the current generation of Hill-Carters living in the home decided to remodel, and removed Aunt
Pratt's portrait to the attic.  Immediately, the family began to be plagued with horrible sounds coming from the attic each night.  The sound of shuffling and rummaging through boxes was overshadowed by severe knocking that progressively got worse. Whenever the family would investigate the source of the noises, they'd find nothing out of place in the attic.  They finally realized that Aunt Pratt, who was long deceased, was unhappy about being relegated to the attic space and wanted to return to her bedroom on the second floor.  There she remained happily until the outbreak of the Civil War, where once again she was sent to the attic.  With the home being used as a hospital and valuables being packed up out of sight, Aunt Pratt understandably kept pretty quiet and as a reward upon the end of the war, the family moved her portrait to a place of honor on the first floor.

Aunt Pratt was okay with that position for awhile, but soon longed for her own personal space and the knocking and rocking once again returned, only to stop when she was returned to her rightful spot on the second floor.  And, for over 100 years, there she stayed, with the family passing down the tales of Aunt Pratt's ghostly portrait to each new generation.

In 1974, the painting was taken to New York City for a special display in Rockefeller Center on haunted and cursed items.  Aunt Pratt made it quite clear that she was unhappy with the arrangement and her portrait began to rock and shake violently, being witnessed by many spectators.  One of those spectators was an NBC reporter on his way to lunch who happened to catch video footage of the painting rocking back and forth.  The painting would rock so violently that it was soon removed from the display and put into a locked box in storage.  Workers at the storage facility reported hearing banging and crying noises coming from the box and weren't really all that shocked to see that the painting had somehow escaped from the box and seemed to be trying to head for the door.

It was shipped back to Virginia, but before returning home to Shirley Plantation, the portrait was sent to Linden Galleries---Aunt Pratt had rocked herself so hard that she had damaged her own portrait's frame and it needed to be fixed.  She must have been pleased with the treatment received at Linden because workers there reported hearing the sounds of bells ringing in the vicinity of the painting.  Today, Aunt Pratt is right where she wants to be, and tours of Shirley Plantation are available to provide a glimpse of her.  Tour guides have been known to tell visitors not to block Aunt Pratt's view of the outdoors, and once or twice her spirit has been seen peering out the window.